Big tech companies are watching and analysing our every move. If you're doubtful, then check out the overwhelming evidence for it. 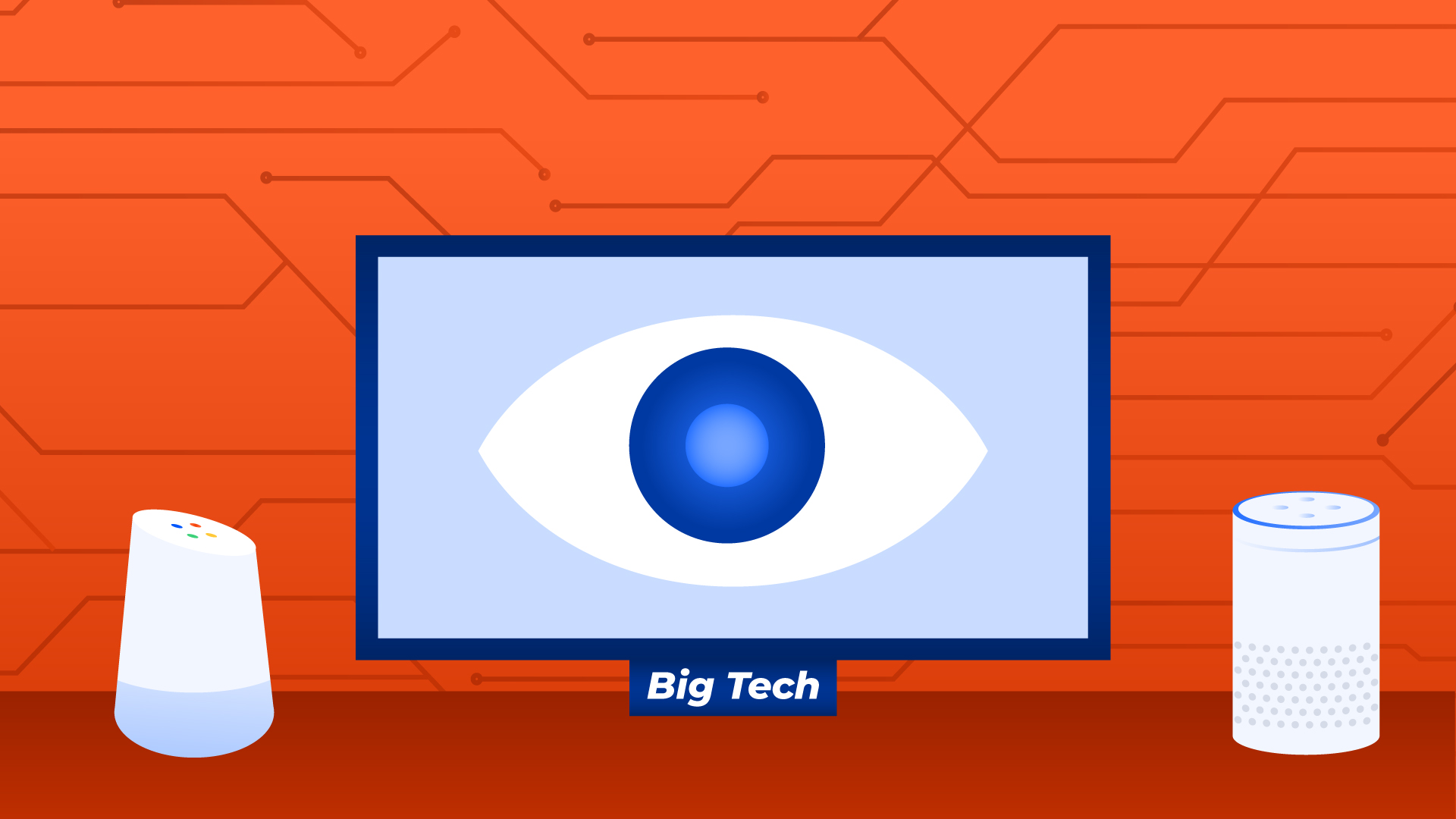 The tech giants behind the most ubiquitous technologies in our lives, like Amazon, Facebook, Microsoft and Google, have been at the centre of discussion for data security and ruthless tracking concerns. However, recently more smart devices have followed suit, with many tracking and recording your data without your consent. Several reports have emerged describing the many privacy issues you can expect from different IoT devices at home.

Smart devices that leak your data

In 2019, Imperial College London and Northeastern University inspected the different privacy measures on 81 different IoT devices (like Smart TVs, smart lights, home appliances and voice assistants) found in an average home. The researchers conducted over 34,000 experiments to understand how these devices collect and distribute our data.

Their studies showed that out of the 81 devices, 72 devices share private data with third party companies separate from their manufacturer or services. This data included your IP address, geolocation, device model, and use statistics. Some devices even send full audio and video recordings. The third parties involved tech companies like Akamai, Google and Amazon, which seems reasonable as these companies support the infrastructure to run the device. However, that also means that tech companies have more data to potentially profile you and other consumers, even if the device wasn't manufactured directly by them. Even more concerning is that some devices were also transmitting data to companies outside the US and the UK, with no clear specification of how that data is treated.

Data tracking from your smart TV

You watch your television, but did you know that your smart television watches you back? The Washington Report revealed that smart TV manufacturers like Roku gathers data about you based on your watch and search history. By recording and analysing the pixels on your screen once every second, TV manufacturers can identify the specific version of your TV along with whatever is presented on your screen. Some manufacturers go as far as taking screenshots too. Similar to the above, the collected data is transmitted directly to a slew of unknown third-party IP addresses. Some studies also reveal how smart TVs (and pretty much any internet-connected device) is essentially ad tracking device. This transmitted data gives advertisers knowledge of who is watching what in real-time, rather than waiting for Nielsen results to be published the next day. Additionally, analysing our usage history on streaming platforms might help brands like Netflix, YouTube and Amazon Prime to enhance their content.

Knowing that our data is collected is concerning enough. But what poses privacy concerns is how exactly is that data used. Tech companies are notorious for lacking transparency with their consumers. They claim that our data is simply being used for ad personalisation and feedback to better their services. But how much of that is true?

What's even more concerning is how personal that information is. As revealed in the studies above, tech companies are collecting a lot of Personal Identifiable Information (PII) about us, including our location, device information and watching habits. All of this, combined with whatever data they have from our social media and internet personas, can be used to pinpoint our and our children's real-life identities.

Alexa, what are you doing with my data?

Your Child's Best Friend No More: Smart Toys that Spy On Your Children

Internet of Things: Where Does the Data Go?